A Brief History of Tarot

The history of Tarot tells us that it was born during the Renaissance Era and first appeared in Italy. From 1440 through 1500, it is thought that Tarot was a game that was played, exclusively, in the Royal Courts. Noblemen and royalty used it as a means of entertainment at parties and events.

During the 1500’s through to 1650, Tarot was picked up in taverns and back alley brothels and used for gambling and games of chance. The period from 1650 to 1750, produced an iconographic model, referred to as the Marseille Tarot model, that would soon spread throughout Europe.

Proper Tarot Divination would begin around 1750 and the art of Tarot would be studied and transformed by the occultists of that time. In the decade of 1900 to 1910, the modern meanings of Tarot were codified within the Hermetic Order of the Golden Dawn, and in 1909, the deck that would be known as the Rider-Waite Tarot was first published.

From the 1970’s through today, the use of Tarot cards has spread all over the world. Intuitive reading has become very popular and has allowed the Tarot to be read by literally anyone who has the desire to do so. Tarot is still split into two schools of thought, the French School; that uses the Marseille modality, and the English School; that uses the Rider-Waite modality.

In the French modality, Tarot transformed from a game or fortune-telling device into a system of spiritual information and magic. It became linked to such things as Astrology, Alchemy and the Kabbalah. The symbolism of Tarot became depicted as a Life’s Journey and gave more meaning to life itself.

In the English modality, each card of the Minor Arcana was given an esoteric name and was encoded with meanings. Illustrations of the Minor Arcana created the space for intuitive readings to become part of the modality, as one could now see pictures associated with the cards and form stories around those pictures.

The position of the Strength and Justice cards was switched in the sequence of the Major Arcana and the Cabbalistic correlations were altered, creating more gender balance in the deck. Many of the secrets that the esoteric societies held were now made public. The English school includes innovations from all members of the Golden Dawn; Westcott, Mathers, Mackenzie, Waite, Crowley, and Coleman-Smith.

The modern era of Tarot favors reading the cards intuitively. This allows for subjective visions to rule the readings and allows one to give a personal interpretation of the cards. Tarot and New Age philosophy have evolved to become tools of Spiritual and psychological awareness.

There are literally thousands of Tarot decks in print today and most modern readers prefer to use more than one deck. Readers tend to develop their own intuitive style of reading the cards, and in turn, narrate the stories based off of what their intuition tells them.

Most Tarot readers will agree that books contain certain guidelines for the meanings of the cards, but most readers develop their own personal style and techniques when it comes to reading and interpreting the cards. There is not one single truth to the Tarot. Tarot is, ultimately, what the reader makes of it.

Most readers believe that the Tarot cards are not really containers for the truth, but rather,  windows to the Universe and one’s Higher Self. Through intuition and sensitivity, the messages that the Universe has for us can be translated through the cards and the information is there for anyone to access if they feel so inclined.

There is much to learn through the history of the Tarot and I find it simply fascinating. I will be talking about the creation of some of the historical decks and more of the history in upcoming posts. I hope that you will join me. 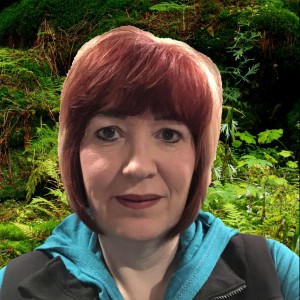 Would you like to be among the first to find out what is happening inside the Mystic Realm? Sign up for our shop updates ~You will be glad you did!